What is the chemistry of food products?

How can you tell if a food has been raised or grown organically?

PICK AN ANSWER, THEN SCROLL DOWN TO EXAMINE THE LINK BETWEEN FOOD AND SCIENCE
Print

What is the chemistry of food products? CLICK HERE TO INVESTIGATE HOW FOOD AND CHEMISTRY ARE CONNECTED. Continue to explore below, then build your competencies.

BUILD COMPETENCIES BY COMPLETING THE ACTIVITIES IN NUTRIENT SCIENCE.

The term “organic” refers to a food production method. The trend toward organic food choices has continued to grow in popularity with consumers.

Organic food is grown without synthetic chemicals, including those used in some herbicides, pesticides and fertilizers. Instead, the production of organic food requires the use of natural herbicides or fertilizers like crop residues and compost manure. Organic food does not have to be “chemical-free” or “pesticide-free.” Chemicals are often used in organic farming. However, these chemicals cannot be synthetically manufactured. In other words, they must be natural chemicals.

The Canadian agencies that certify a product as organic use the Canadian Organic Standards to assess ingredients and production methods, and decide whether or not a product can be labelled organic.

These standards lay out the specifics of organic production, including:

How do you think the definition of organic food production affects the way foods are labelled?

Canadian consumers are increasingly interested in ways to reduce the environmental impact of their dietary choices. Some may see organic food as an effective way to reduce their impact.

Is going organic the best way to reduce the environmental impact of food production? What do you think?

A scientific study conducted in 2017 compared organic and conventional farming across 742 agricultural systems and over 90 unique foods. These foods included cereals, pulses and oilcrops, fruits, vegetables, dairy, eggs and meat.

The study found that there are often trade-offs in terms of environmental impact. This means that one system may be better in one area but worse in another.

Ritchie, H. (2017). Is organic really better for the environment than conventional agriculture? Our World in Data. Online.

Check out this quick video. How are its messages consistent with some observations about organic food production from the research study? 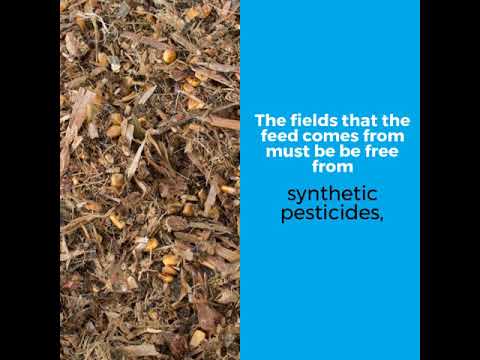 By An Alberta School